Commissioned by the
Institute of Contemporary Art/Boston

By continuing to navigate you declare to accept and consent to the use of cookies pursuant to the relevant terms and conditions.

Over the past two decades, Simone Leigh (b. 1967, Chicago, IL) has created an expansive body of work in sculpture, video, and performance that centers Black femme interiority. Inflected by Black feminist theory, Leigh’s practice intervenes imaginatively to fill gaps in the historical record by proposing new hybridities. 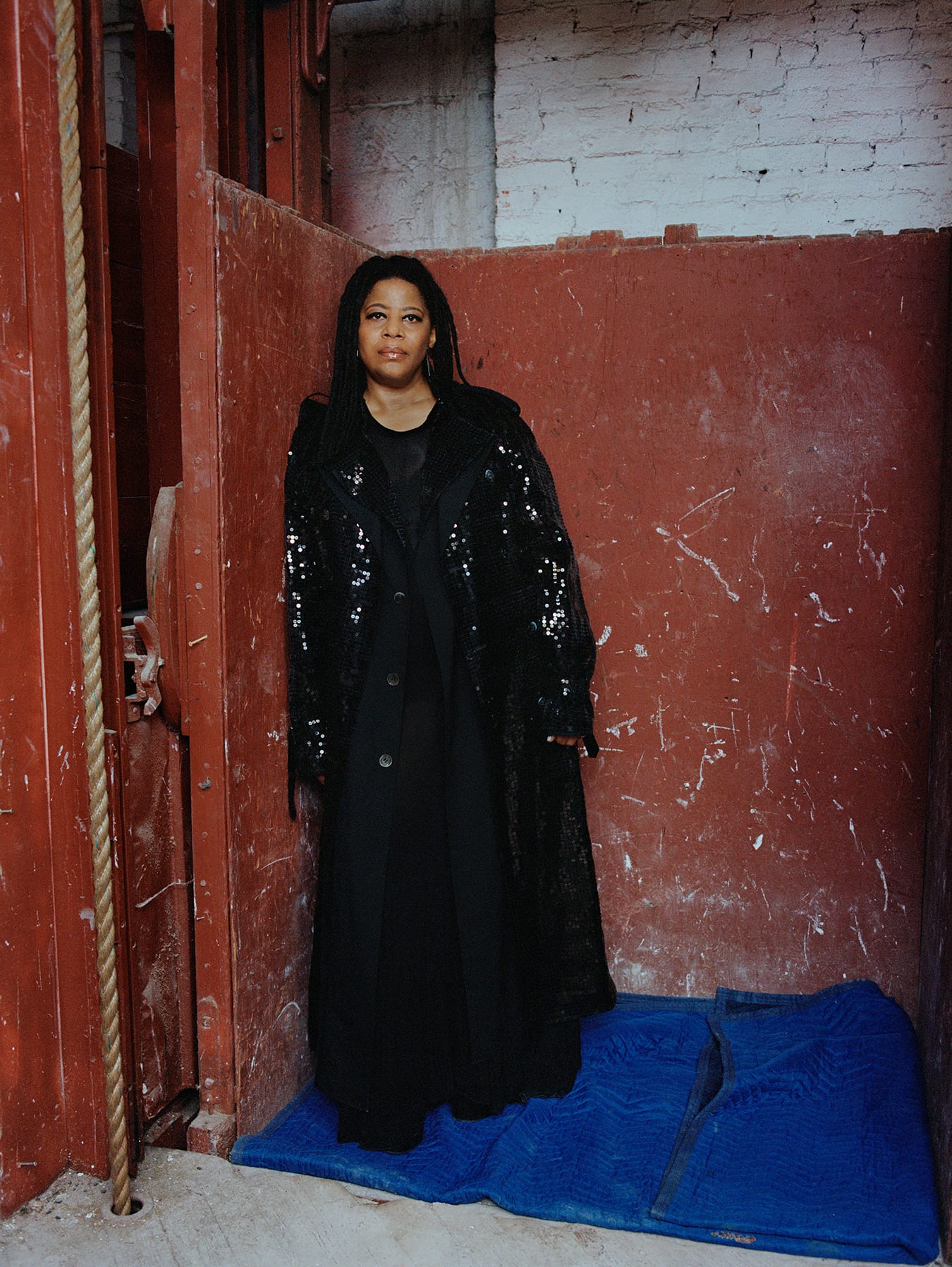 Leigh’s sculptural works join forms derived from vernacular architecture and the female body, rendering them via materials and processes associated with the artistic traditions of Africa and the African diaspora. The collaborative ethos that characterizes Leigh’s videos and public programs pays homage to a long history of Black female collectivity, communality, and care.

The works that comprise Leigh’s exhibition for the U.S. Pavilion will be featured in her first museum survey exhibition, opening at the ICA/Boston in April 2023, which will subsequently tour to the Hirshhorn Museum and Sculpture Garden in Washington, D.C. (November 2023–March 2024) and a joint presentation at the Los Angeles County Museum of Art (LACMA) and California African American Museum (CAAM) in Los Angeles (June 2024–January 2025). The exhibition will be accompanied by the first comprehensive monograph dedicated to Leigh’s work.