Commissioned by the
Institute of Contemporary Art/Boston

By continuing to navigate you declare to accept and consent to the use of cookies pursuant to the relevant terms and conditions.

As part of her exhibition at the U.S. Pavilion, Simone Leigh brought together scholars, artists, and activists from around the world for a major project, Loophole of Retreat: Venice.

Loophole of Retreat: Venice built on an eponymous one-day convening held in 2019 at the Solomon R. Guggenheim Museum in New York. The conceptual frame is drawn from the 1861 autobiography of Harriet Jacobs, a formerly enslaved woman who, for seven years after her escape, lived in a crawlspace she described as a “loophole of retreat.” Jacobs claimed this site as simultaneously an enclosure and a space for enacting practices of freedom—practices of thinking, planning, writing, and imagining new forms of freedom.

The symposium was guided by key directives including:

Maroonage: Maroons refer to the people who escaped slavery and created independent communities on the outskirts of enslaved societies. This directive is informed by the artist Deborah Anzinger’s explorations of fugitivity and resistance in Jamaica’s Cockpit Country, which is a site of historical refuge and resistance for Maroons.

Manual: This directive is inspired by the Manual for General Housework from Saidiya Hartman’s Wayward Lives, Beautiful Experiments: Intimate Histories of Social Upheaval. Meaning of or pertaining to the hand or hands.

Magical Realism: Magically real forms are the music, literature, and movement languages developed by Black people in the New World as a result of the catastrophes of colonialism and the middle passage. Rather than only a literary genre, Magical Realism as defined by Caribbean poet and theorist Kamau Brathwaite is a larger cacophonous movement with multiple representations, the plural instant and collective improvisation—a radical disruption of Western progressivist history.

Medicine: This directive is inspired by how we cope with the natural and supernatural world around us using the qualities of science, plants and animals. It draws on our approaches to diverse ailments; physical, spiritual, natural, and supernatural. For this gathering, we consider the work of root and leaf doctors, traditional healers and conjurors of the rural Black American South and the global South.

Sovereignty: The title of the U.S. Pavilion exhibition, Sovereignty, speaks to notions of self-determination, self-governance, and independence for both the intellectual and the collaborative.

Rashida Bumbray is a curator and choreographer. She has collaborated with Simone Leigh on many projects including organizing Leigh’s critically acclaimed solo exhibition You Don’t Know Where Her Mouth Has Been at The Kitchen, NYC, in 2012.

Bumbray began her curatorial career in 2001 at the Studio Museum in Harlem, New York, where she coordinated major exhibitions including Energy/Experimentation: Black Artists and Abstraction 1964–1984 with Kellie Jones. As associate curator at The Kitchen, Bumbray organized critically acclaimed commissions and exhibitions including first New York solo exhibitions for many artists, including Simone Leigh, Leslie Hewitt, Adam Pendleton, Lauren Kelley, Jamal Cyrus, and Elodie Pong. She also commissioned new performance works by Kyle Abraham, Camille A. Brown, Derrick Adams, and Kalup Linzy, among many others.

Most recently, as Director of Culture and Art at the Open Society Foundations, Bumbray spearheaded the development of the foundations’ first global program dedicated to advancing diverse artistic practices and strengthening locally led cultural spaces around the world. Under her leadership, Open Society Foundations became one of the leading arts funders focused on the Global South and supporting socially engaged artists and cultural producers in diverse disciplines.

Bumbray is also a Bessie-nominated choreographer whose practice draws from traditional African American vernacular and folk forms. She is a 2019 United States Artist Fellow and an Inaugural Civic Practice Artist in Residence at the Metropolitan Museum of Art. Her performances have been presented by Tate Modern, London; the New Museum, the Metropolitan Museum of Art, Harlem Stage, Dancing While Black, and SummerStage, all in New York; and Project Row Houses, Houston. Her work Run Mary Run was named among the New York Times’s best performances of 2012 and is featured in Common’s short film Black America Again (2016), directed by Bradford Young.

In 2015, Bumbray was nominated for the ICI Curatorial Vision Award. And in 2018, she was honored among women leaders by the Metropolitan Museum of Art and received the Alchemist Award for Socially Engaged Art from A Blade of Grass.

A graduate of Oberlin College, Bumbray also has an MA in Africana Studies from New York University. Her writing on contemporary art, cultural studies, and comparative literature is published in journals and exhibition catalogues. 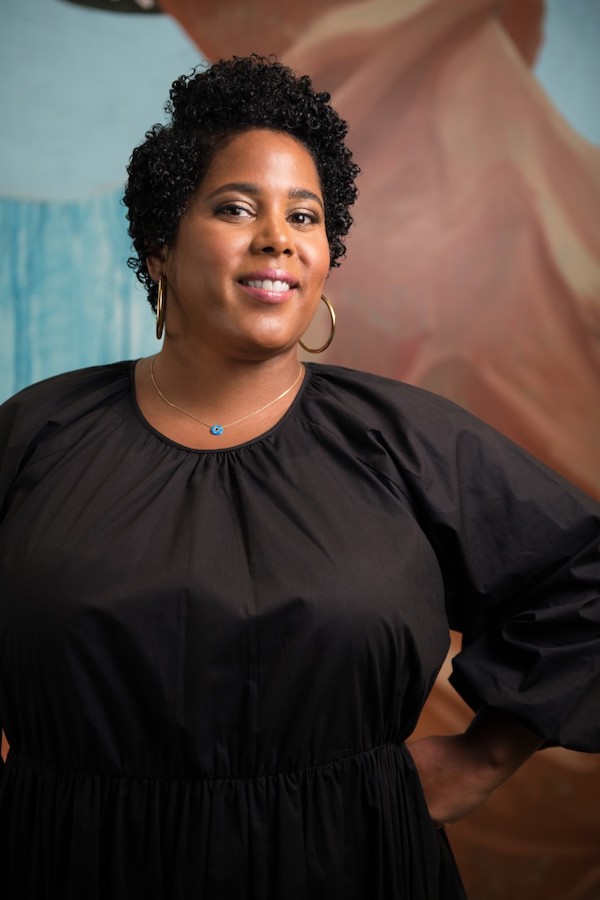